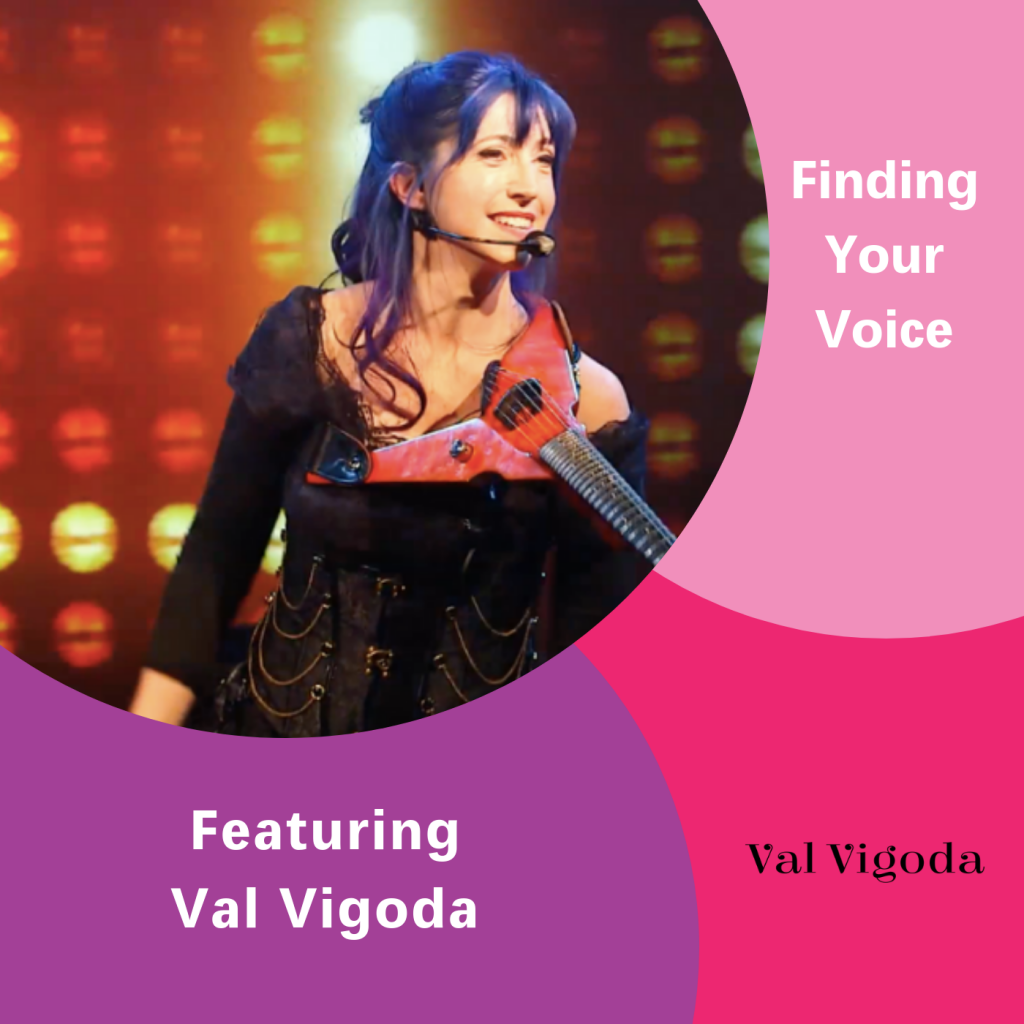 Welcome to episode one hundred and forty nine of The Inspired Women Podcast. In today’s episode your host Megan Hall interviews Val Vigoda.

Val Vigoda is a talented musical keynote speaker, award-winning electric violinist and Off-Broadway star. She honed her skills touring the world, co-writing songs for Disney and several stage musical productions. Her work has won several awards. She now performs as a solo-artist in New York with her female empowerment musical, ERNEST SHACKLETON LOVES ME. Val takes the stage presenting her Peak Aliveness Keynote series and workshops for organizations nationwide.

“It was the experience of digging deep into my own creativity that allowed me to get through it: trauma led to awakening, awakening led to challenge, and rising to that challenge led to feeling more fully alive. It forced me to find my own voice as an artist and person, to shake off any codependence and step up. And it turned into a real triumph: we won Best New Musical from the Off-Broadway Alliance, the show was a hit, and we’ll be re-opening it in New York for an open-ended run soon!” – Val Vigoda